With OneDrive, you can sync files between your computer and the cloud, so you can get to your files from anywhere. You can work with your synced files directly in File Explorer and access your files even when you’re offline. Whenever you’re online, any changes that you or others make will sync automatically. By default ,Onedrive client will be installed on windows 10 and you are required to install only on Windows 7 OS. How to install OneDrive on Windows 7 with detection method using SCCM ,read http://eskonr.com/2017/12/how-to-deploy-onedrive-for-business-using-configmgr/

You can download New OneDrive sync client from https://go.microsoft.com/fwlink/p/?linkid=844652 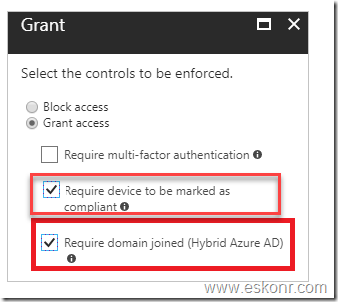 If user trying to access Teams or Onedrive using windows 7 or windows 10 ,they must be either compliant (for windows 10) or Hybrid Azure AD Join.

We recently started seeing issue on windows 7 computers (which are hybrid azure AD join) with OneDrive sync client crashes, when user try to launch after entering the credentials.

These users who are affected with this issue recently were using OneDrive from very long and there were no changes to the infra with respect to Onedrive update or O365. 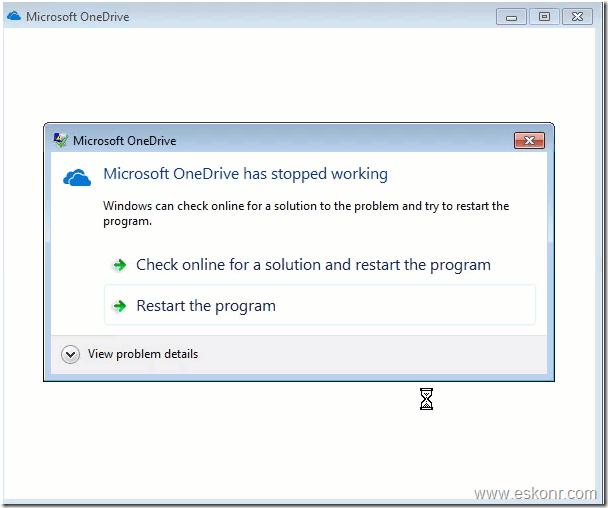 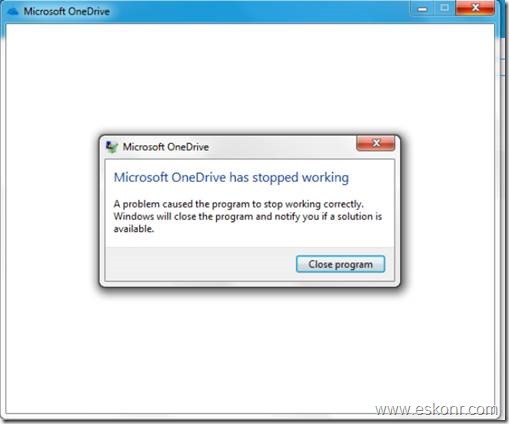 Have spend sometime troubleshooting the onedrive logs ,event viewer and also try to login to the laptop using different user ID if the problem repeats .The issue can be re-producible for different user as well.

After spending some time troubleshooting the issue using Onedrive logs, found out that ,the windows 7 computer is not compliant (not hybrid Azure AD Join) and also failed with modern authentication (ADAL).

When i check in Azure portal, the computer for the user shows as hybrid azure AD Join and user can access teams,outlook and other cloud apps except OneDrive.

Following is the error code from OneDrive Logs:

Based on the logs, found that, Modern authentication (ADAL based) issue and is because of ADAL is not enabled for OneDrive.

Modern authentication by default is enabled for Sharepoint online which means ,client applications like OneDrive and Teams must be enabled to support ADAL .

Following are the registry keys must be created to support ADAL authentication for OneDrive:

you can use GPO to create these registry keys for your users.

We are still trying to identify why did the issue reported recently even though user using the same onedrive sync client from few months and Conditional Access also applied way back.

If you hit this issue or not, you can apply the GPO changes to avoid ADAL issues with conditional Access.

This issue happens if you are using old version of onedrive application on client PC. Microsoft has confirmed that ,it is issue with onedrive hence need to update the onedrive to latest production ring OneDrive 18.044.0301.0006