Saturday, 4 December 2021
You are here: Home 2017 January My blog has reached 2 Million views since it was created

I started blogging in year 2009 on www.eskonr.wordpress.com which was free from wordpress, but later I decided to move it to my own domain called www.eskonr.com in year 2010. Since then every year the number of views on my blog is getting increased twice and thrice compared to its previous year with increase in number of interesting posts on SCCM/Configmgr and its connected objects.

As we entered into new year 2017,I was noticing the statistics of my blog for previous years and overall views until today. I stumbled across seeing the total count of views on my blog that has reached (~) 2 Million views since it was created .

I should thank all my blog readers who followed and supported me writing useful blog posts . Hope this year is going to be another exciting year with more focused on Hybrid environment (SCCM+Intune),MBAM and SQL Stuff.

The busiest day of the year was August 24th with 3549 views with total published post count 41.

These are the posts that got most views in 2016. 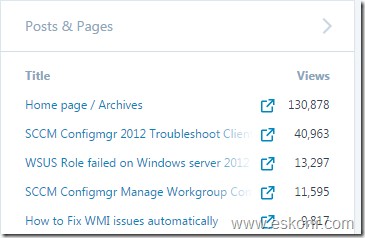 How did they find you? 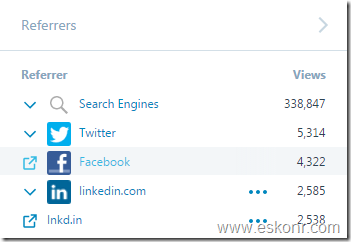 Where did they come from (Top 5 countries )?

Most visitors came from The United States. India & U.K. were not far behind. 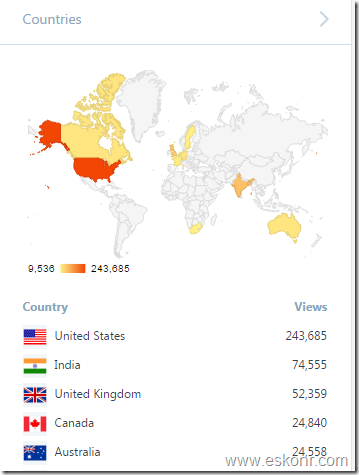 Once again thank you all and hope you enjoyed reading post on my blog. Have a great year ahead.